Anthony J. Pullara is an experienced advocate for individuals under investigation, charged or convicted of a criminal offense.

Mr. Pullara was a partner at the Santa Monica firm of Rodriguez & Pullara prior to establishing the Law Offices of Anthony J. Pullara in 2005.

Mr. Pullara is actively involved in the Southern California legal community. He was appointed by the Santa Monica City Council as a Commissioner for the City of Santa Monica Social Service Commission where he served as Vice-Chair. Mr. Pullara donated his time and legal expertise to the First AME Church and the former California non-profit Westside Legal Services.

In the area of Criminal Defense Mr. Pullara was selected as a Southern California Super Lawyer in 2009, 2011, and 2014-2021. He was also selected as a Rising Star in the area of Criminal Defense for 2005, 2006 and 2007. Mr. Pullara has been recognized as a member of The National Trial Lawyers Top 100 Trial Lawyers.  Mr. Pullara has provided continuing legal education and lectured other lawyers regarding the subject of criminal immigration law. 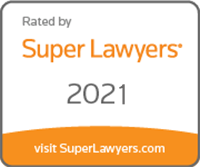 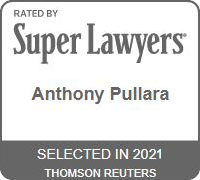